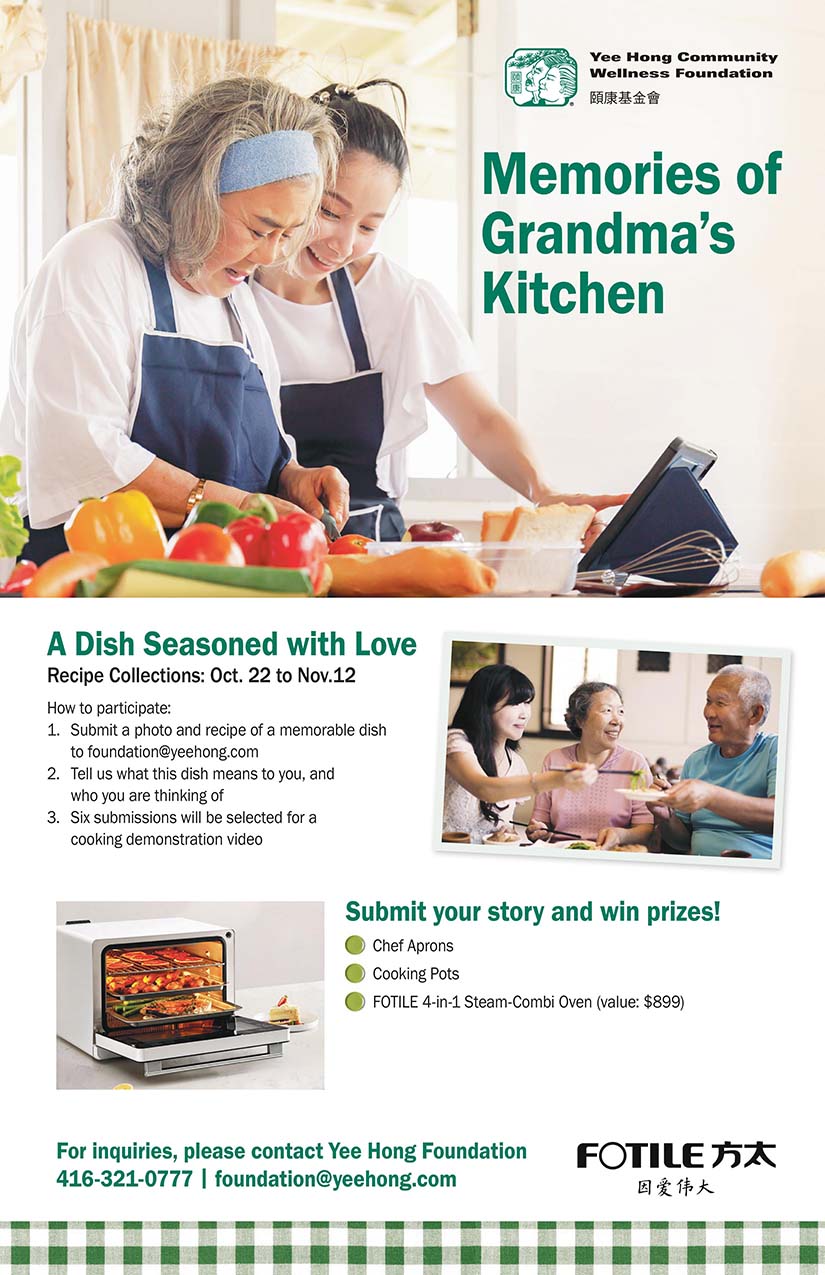 Who makes the best dishes? Is it your dear mom or grandma? Why? Because there is one secret ingredient that they use in all of their recipes. That’s LOVE!

With the support of Fotile Canada, Yee Hong Foundation is launching our latest fundraising event, “Memories of Grandma’s Kitchen”. If you have any memorable dishes and meaningful stories behind them related to the seniors in your life, submit your recipes to foundation@yeehong.com by November 12 to enter!

Six entries will be invited for a cooking demonstration video at FOTILE’s showroom kitchen. 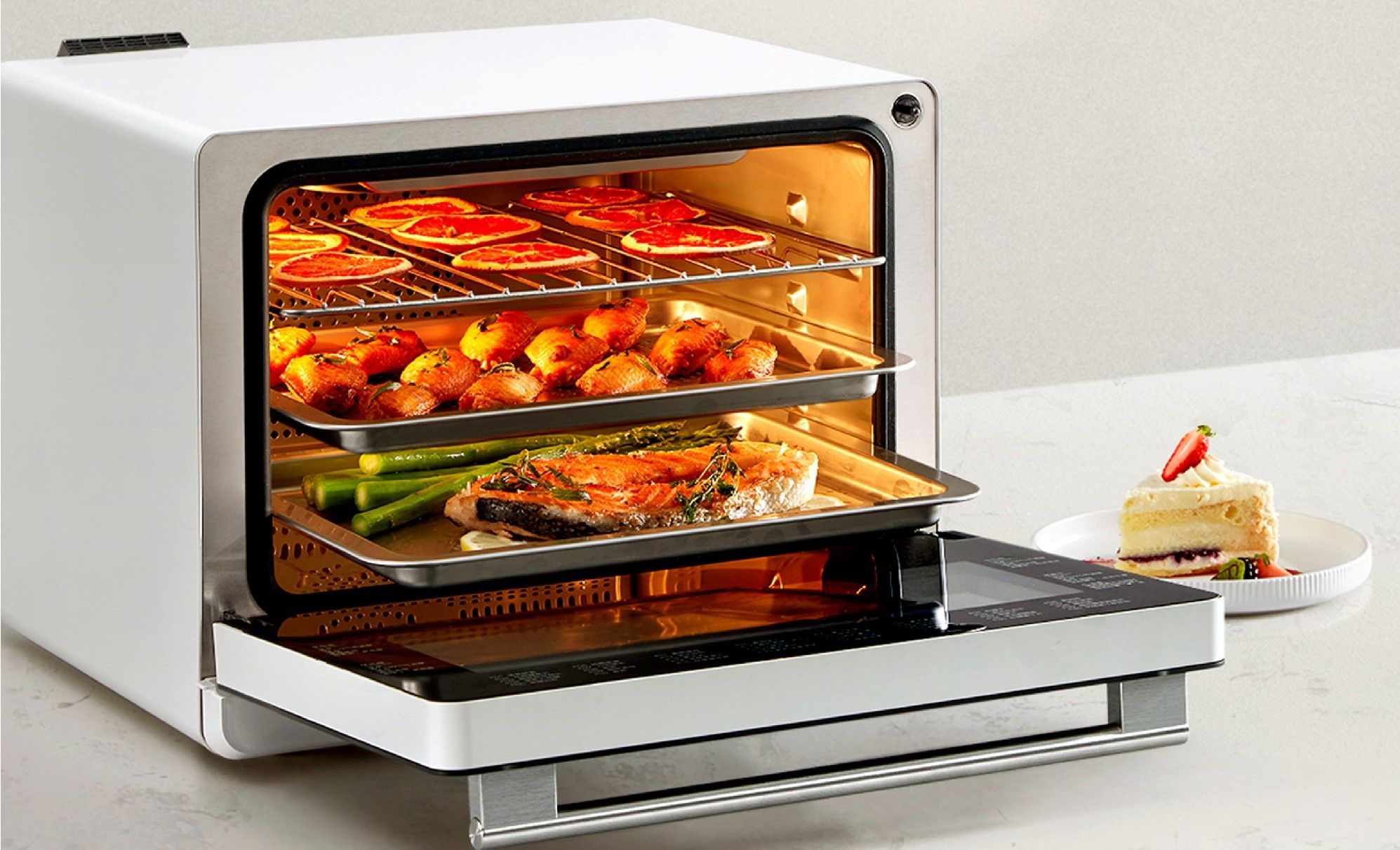 “Back in the 1940s and 1950s, Hong Kong was not a wealthy city with only a handful of households that could afford refrigerators at home. My grandma, who lived in a public housing estate, used to help the family by selling “Agar Jelly with Egg Flakes” to neighbours during the hot summer nights. This 10 cents a cup cold dessert was treated by many as “The Perfect Cup”!

In dad’s memory, the most sought-after flavour is grandma’s “banana” flavoured jelly. Unfortunately, grandma passed away years ago, and with her, the recipe for this homemade dessert.

Today, I followed dad’s vague memory and “revived” grandma’s dessert. After a bite of the sweet, shaky, cold jelly, I feel as if I am back in grandma’s era!”